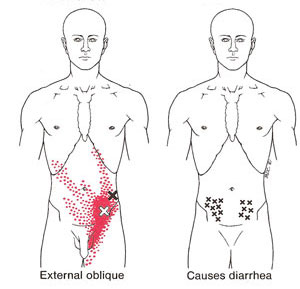 Irritable bowel syndrome (IBS) is the most common gut condition and affects about one in ten people at some time. It is most common among people aged between 25 and 45 but can cause problems at any age. Women are more often affected than men.

The symptoms of IBS include:

Other possible symptoms that aren’t related to the gut include backache, tiredness, headaches, and urinary or gynaecological symptoms.

About one-third of those with IBS predominantly have problems with diarrhoea while another third are mostly troubled by constipation, and the remainder have both loose and hard motions, and others switch between types.

While IBS can cause huge disruption and destroy the quality of life for those severely affected, it’s important to know that IBS is not linked to life-threatening diseases and doesn’t develop into bowel cancer, for example.

Although the exact cause is unknown, and it isn’t possible to prevent IBS from developing, there are certain things that trigger attacks and so should be avoided, including stress, certain foods (different in every individual), irregular mealtimes and, in some cases, a lack of dietary fibre.

What research is starting to show is that people with IBS seem to have a colon (also called the large bowel) that is super-sensitive. This is supported by the fact that some people develop IBS following gut infections and food poisoning, suggesting that these illnesses have somehow changed the gut and made it more sensitive.

The whole length of the bowel is controlled by a nervous system, which carries signals back and forward between the gut and the brain, controlling factors such as how fast food is pushed through the intestines. Some experts believe this ‘enteric’ nervous system is faulty in people with IBS.

In IBS, the bowel responds with powerful contractions or spasms to stimuli that wouldn’t bother other people, for example, simply eating food. The fact that many women with IBS find it’s particularly bad just before or during their period has led researchers to suggest that female hormones may play a part too.

Treatment of conditions, where antibiotics have been used, may upset the balance of the guts bacteria. Which in turn upsets the guts ability to digest foods. This can lead to irritation of the gut wall, and the symptoms of IBS.

There isn’t a cure for IBS, but the following actions will help:

Make a food diary. Try to work out how your diet relates to your symptoms, by comparing what you have eaten with bad attacks.

The gut normally responds to food by contracting, and the strength of the response seems to be linked to the amount of fat in the meal. So try to cut down on the fat in your diet. Avoid fat-rich food, such as dairy food, ensure your milk is skimmed or semi-skimmed, and cook with minimal fat by baking or steaming food rather than frying or roasting.

Make sure that you rule out lactose intoleranceas a cause of your symptoms – this condition is often mistaken for IBS. As many as one in ten people in the UK – and more among those of African or Asian descent – has lactose intolerance, as they lack the enzyme necessary to digest lactose (the sugar found in milk and used in many manufactured food products). Lactose from foods passes undigested to the large bowel, where it is fermented by the gut bacteria, resulting in cramps and gas production. Lactose intolerance can cause symptoms very similar to IBS. Cut down on dairy products and see if your symptoms improve. You can also try supplements of lactase –the enzyme that digests lactose.

Also, rule out Coeliacs Disease. This is an auto-immune condition triggered by Gluten – Which can be mistaken for IBS.

Many people with IBS develop tender points in their abdomen. When these points are treated with acupuncture, the pain and symptoms if IBS will often settle down.

Fibre can help to reduce IBS symptoms and prevent spasms. But be careful what type of fibre you eat and how much you consume because people can react very differently. In diarrhoea, fibre may firm up and slow down the passage of stools, but some people with IBS also get constipation and then fibre can bulk up and soften stools, making them easier to pass.

But fibre can aggravate both constipation and diarrhoea. Current thinking is that soluble fibre is probably most helpful for people with IBS. High levels of soluble fibre are found in vegetables, such as potatoes, and some fruits (apples and citrus), dried beans, oats and barley.

Insoluble fibre may also be helpful for constipation. Good sources include wheat bran, whole grains, cereals, seeds and the skins of many fruits and vegetables.

Fibre supplements may be worth a try, too. You may find an increase in gas and bloating at first, but this will soon calm down.

If there is any doubt about grains and beans, try to get your fibre from fruit and vegetables.

Peppermint oil and antispasmodic medication relieve abdominal pain. Anti-diarrhoea medication will stop diarrhoea. If constipation is a problem then increasing fluid, fibre, activity, as well as taking a gentle laxative may be recommended.

More recent research has shown that improving the natural gut flora or friendly bacteria found within the gut can reduce symptoms. You can do this either by taking pre-biotics (special “foods” which increase the levels of your own bacteria), pro-biotics (extra supplements of gut bacteria themselves) or a combination of both.

The most natural source of probiotics are foods such as washed but unpeeled root vegetables, but it is difficult to get enough this way. You can use probiotic yoghurts and drinks but the best way to be sure to get good concentrations of the friendly bacteria into the gut may be to take specific probiotic supplements (ask in the pharmacy or at your health store).

Studies have shown that these treatments may help reduce symptoms such as bloating and flatulence. Friendly bacteria to look out for include Lactobacillus rhamnosus plantarum and bifidobacteria.